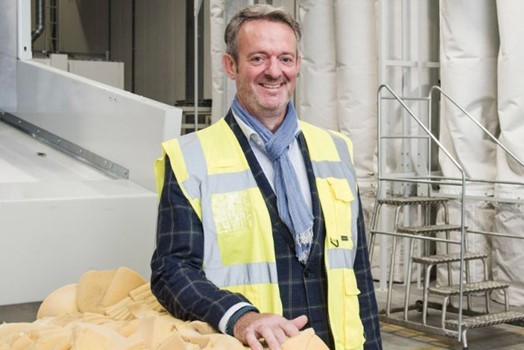 Dr. Bart Haelterman graduated in Chemical Science in 1992 and obtained a PhD in Chemical Science at the University of Leuven in 1996. He worked for INEOS as an R&D responsible from 1996 till 2001 and subsequently was in charge of 3 batch and continuous world scale production units from 2001 till 2006. He joined Recticel in 2006 as R&D manager in automotive chemical and technological R&D and he managed supplier quality procedures for automotive, corporate R&D in the field of compounds for CASE and future low lambda insulation concepts. In 2013, he got the position of R&D portfolio manager responsible for definition of projects in the fields of insulation, bedding, flexible foams and sustainability. Since 2016, he was appointed as Innovation Manager Corporate Sustainability and additionally Corporate HS&E manager since 2017. He is PRINCE2® Foundation certified project manager, fellow of the Chemistry department of the KU Leuven and active in several industrial and sectorial organisations.